What is a Choice? 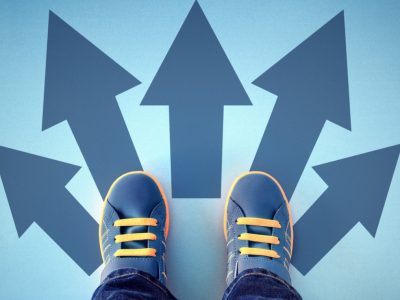 1 Now the serpent was more cunning than any beast of the field which the Lord God had made. And he said to the woman, “Has God indeed said, ‘You shall not eat of every tree of the garden’?”
2 And the woman said to the serpent, “We may eat the fruit of the trees of the garden; 3 but of the fruit of the tree which is in the midst of the garden, God has said, ‘You shall not eat it, nor shall you touch it, lest you die.’ ”
4 Then the serpent said to the woman, “You will not surely die. 5 For God knows that in the day you eat of it your eyes will be opened, and you will be like God, knowing good and evil.”
6 So when the woman saw that the tree was good for food, that it was [a desirable thing] pleasant to the eyes, and a tree desirable to make one wise, she took of its fruit and ate. She also gave to her husband with her, and he ate. 7 Then the eyes of both of them were opened, and they knew that they were naked; and they sewed fig leaves together and made themselves coverings.

9 Is not the whole land before you? Please separate from me. If you take the left, then I will go to the right; or, if you go to the right, then I will go to the left.” 10 And Lot lifted his eyes and saw all the plain of Jordan, that it was well watered everywhere (before the Lord destroyed Sodom and Gomorrah) like the garden of the Lord, like the land of Egypt as you go toward Zoar. 11 Then Lot chose for himself all the plain of Jordan, and Lot journeyed east. And they separated from each other.

Genesis 19:14-15
14 So Lot went out and spoke to his sons-in-law, who had married his daughters, and said, “Get up, get out of this place; for the Lord will destroy this city!” But to his sons-in-law he seemed to be joking. 15 When the morning dawned, the angels urged Lot to hurry, saying, “Arise, take your wife and your two daughters who are here, lest you be consumed in the punishment of the city.”

15 And if it seems evil to you to serve the Lord, choose for yourselves this day whom you will serve, whether the gods which your fathers served that were on the other side of the River, or the gods of the Amorites, in whose land you dwell. But as for me and my house, we will serve the Lord.”

1 Now it came to pass after these things that God tested Abraham, and said to him, “Abraham!”

2 Then He said, “Take now your son, your only son Isaac, whom you love, and go to the land of Moriah, and offer him there as a burnt offering on one of the mountains of which I shall tell you.”

3 So Abraham rose early in the morning and saddled his donkey, and took two of his young men with him, and Isaac his son; and he split the wood for the burnt offering, and arose and went to the place of which God had told him.

10 And Abraham stretched out his hand and took the knife to slay his son.

11 But the Angel of the Lord called to him from heaven and said, “Abraham, Abraham!”

12 And He said, “Do not lay your hand on the lad, or do anything to him; for now I know that you fear God, since you have not withheld your son, your only son, from Me.”