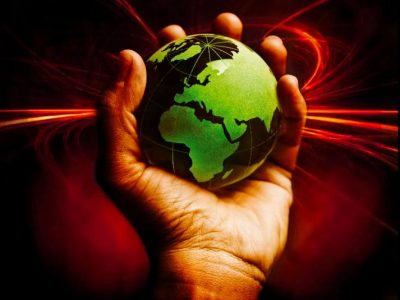 1 The earth is the Lord’s, and all its fullness, the world and those who dwell therein. 2 For He has founded it upon the seas and established it upon the [rivers]waters.

3 Who may ascend into the hill of the Lord? Or who may stand in His holy place? 4 He who has clean hands and a pure heart, who has not lifted up his soul to an idol, nor sworn deceitfully. 5 He shall receive blessing from the Lord,
and righteousness from the God of his salvation. 6 This is Jacob, the generation of those who seek Him, who seek Your face. Selah

26 And God said, Let us make man in our image, after our likeness: and let them have dominion over the fish of the sea, and over the fowl of the air, and over the cattle, and over all the earth, and over every creeping thing that creepeth upon the earth. 27 So God created man in his own image, in the image of God created he him; male and female created he them… 31 And God saw every thing that he had made, and, behold, it was very good. And the evening and the morning were the sixth day.

5 You have made them a little lower than the angels and crowned them with glory and honor. 6 You made them rulers over the works of your hands; you put everything under their feet: 7 all flocks and herds, and the animals of the wild, 8 the birds in the sky, and the fish in the sea, all that swim the paths of the seas.

34 And He said unto her, “Daughter, thy faith hath made thee whole [SOZO healed, saved, made you well]; go in peace, and be whole [HUGEAS (who-gee-ace) sound in body, restored to health] of thy plague.”